After a short period at Minton's as a boy, Robert Allen worked for Doultons at Burslem as a designer from 1870 to 1929, starting there when it was still Pinder Bourne & Co at the Nile Street Works, Burslem, Stoke-on-Trent. Items designed and decorated by Robert Allen and his team of artists are marked with 'RA' numbers. These comprise the standard Doulton mark plus a pattern or design number. Robert Allen's design studio produced many patterns for Doulton. 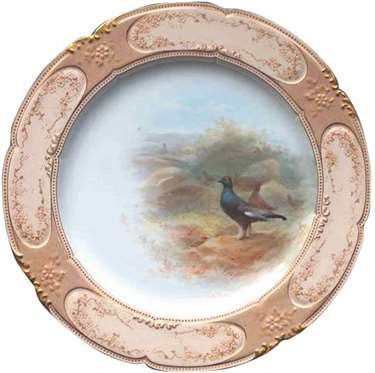