Christine Abbott is one of a large group of Artists, who must have worked at Doultons for some long time, and who are best known for what they produced. Her monogram at Doultons was CA. 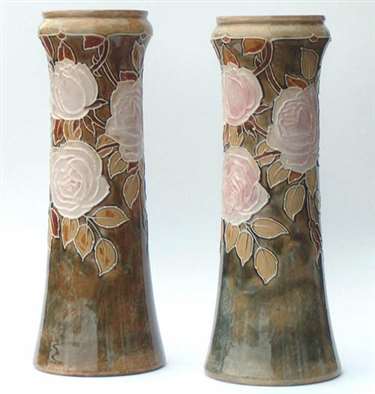 A pair of floral 13” vases by Christine Abbott.

The ‘bible’ on Doulton, 'The Doulton Lambeth Wares' by Desmond Eyles and Louise Irvine states only that she was a senior assistant and that she worked at Doultons during the late nineteenth century and the early twentieth. 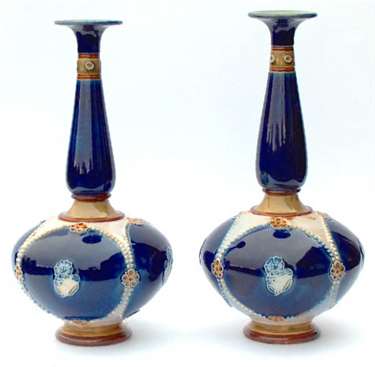 A pair of bottle vases, one by Christine Abbott and the other by Winnie Bowstead.

The two pairs of vases we show are notable for the precision of her workmanship. When filling delineated tubelined areas with glaze, it is easy either to apply too much glaze, in which case it runs over the tubelines, or too little, in which case the base colour shows through. The examples here are credit to her ability. Below is Chrsitine Abbot's 'CA' signature mark for Doultons. 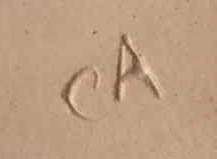