Emily Partington worked at Doultons from 1876-1912. She is listed as being promoted to the role of a Senior Assistant in 1882. We show three of her works. On one of them, the jug, her monogram is there as an assistant to Eliza Simmance. But, on two of them her monogram is the sole signature, and it seems quite possible that she was responsible for the design as well as the execution. 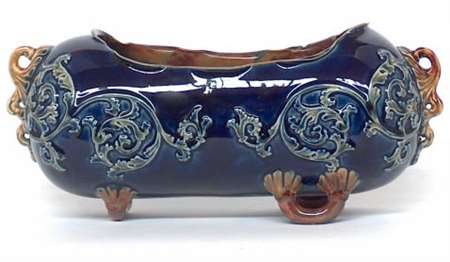 A rare 11” planter, or table centrepiece

Her relationship with Lily Partington is unclear, but judging by the periods in which they worked at Doultons, it would appear possible that Lily was Emily’s daughter. All three items shown were made in the period from 1892 to 1902.

Below is an image of Emily Partington's 'EP' Doulton signature mark. 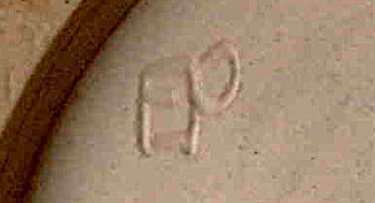