Elizabeth Fisher worked at Doultons from about 1873 to 1888. In 1873 the leader and dominant figure of the group of designers at Doultons was George Tinworth, and Elizabeth Fisher’s early designs was much influenced by him, with foliate scrolls, bosses and beadwork. 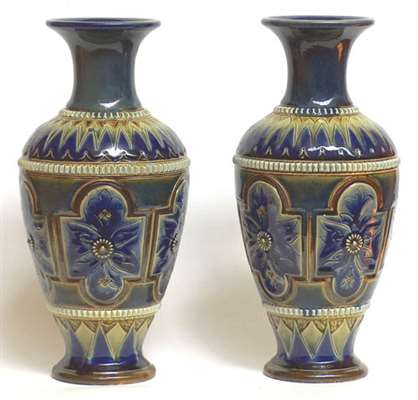 By the time that the vases illustrated were made (1883), she had developed more of her own style and produced more incised work. The next image shows Elizabeth Fisher's 'EF' signature mark for Doultons. 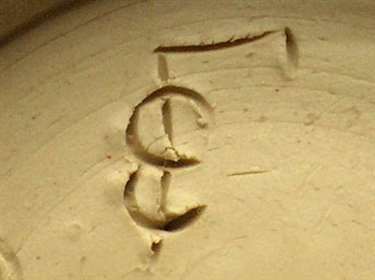