Florrie Jones was a Senior Assistant at Lambeth for many years. Little is known about her personal life or even how long she worked at Doultons. We know that she was at Doultons before it became Royal Doulton in 1902, and that she was still there in 1928.

Like many of her colleagues she must have earned her ‘long service medal’ as at Doultons, where 40 and even 50 years was relatively common. 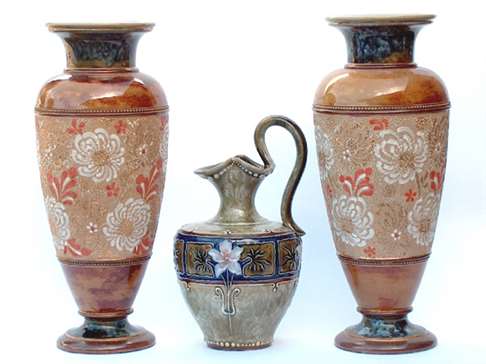 We know for certain that she worked with some of the finest designers, amongst them Eliza Simmance, and Vera Huggins, because we have records of her signature under works by them. The photo above shows a pair of Slater chine vase from the 19th Century, and a ewer by Eliza Simmance with Florrie Jones as her assistant. 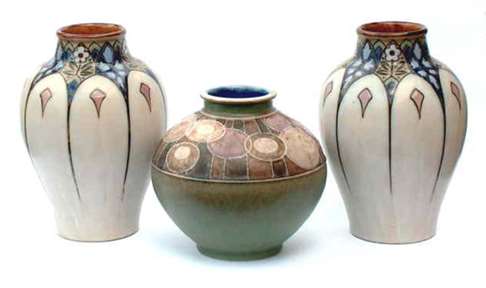 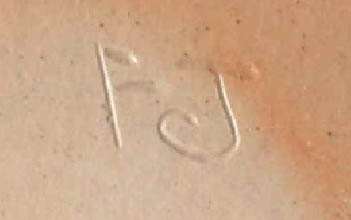