Bessie Youatt worked at Doultons as a designer and Doulton Ware artist, from about 1873 to 1888.

As the first decorative Doulton items were produced in 1867, she was present, as a designer, in the very early and formative years at Lambeth. A group of her works are illustrated on p89 of the ‘bible’ on Doulton Lambeth The Doulton Lambeth Wares, by Desmond Eyles and Louise Irvine. Bessie Youatt's 'BY' Doulton signature mark is shown in the image below. 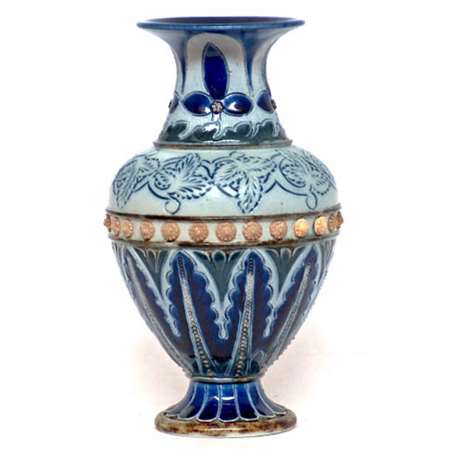 A 7” vase by Bessie Youatt

The work shown is in the classic colours of blue and white, a colour combination that started in the Far East and was then much copied in Europe.