Lily Partington worked at Doultons in the 1920s and 1930s. At some stage she was promoted to being a senior Assistant. In view of her dates, she may well have been a daughter of the more eminent Emily Partington. She was prolific and much of her work has survived. 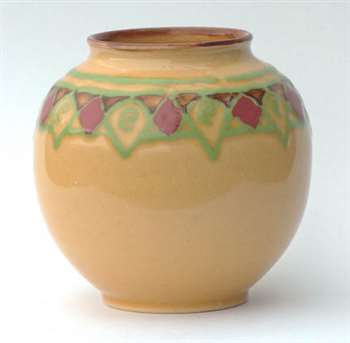 The output of Lily Partington consisted of both tubelined and pigment brushlined items; we show one example of each. The pair of vases illustrated was a co-operation with Florrie Jones. They made one vase each. The design of the pigment brushlines vase is illustrated on p218 of Desmond Eyles’ and Louise Irvine’s ‘bible’ on Doulton, The Doulton Lambeth Wares. 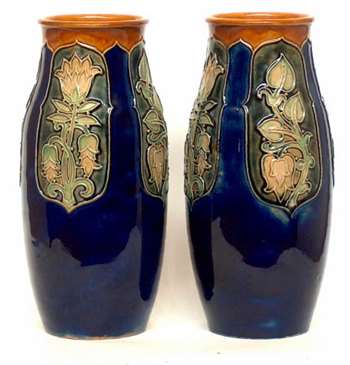 A pair of 25cm vases with tubelined panels