Ada Tosen was one of the numerous ceramic artists that appear to have worked all their working lives at Doultons. She is recorded in Desmond Eyles’ and Louise Irvine’s ‘bible’ on Doulton, The Doulton Lambeth Wares, as being a Senior Assistant at Lambeth. 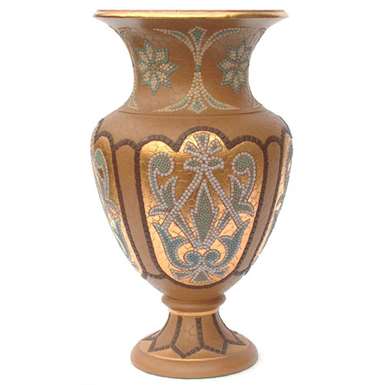 Looking at the works that carry her incised monogram, we can be sure that she was at Doultons in 1885 as the early work on which she worked with Eliza Simmance is dated. Also the pair of vases on which she was an assistant to Florrie Jones would probably date from the 1920s. 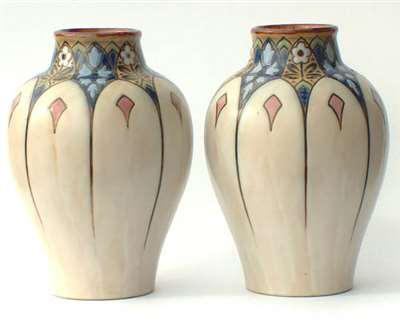 In both cases the quality of the workmanship is exceptional. In the work she did with Eliza Simmance, the incising and gilding is faultless, and on the Florrie Jones vases, the thick glaze is precisely applied, and with no overruns. Ada Tosen's 'AT' signature mark for Doulton is shown below. 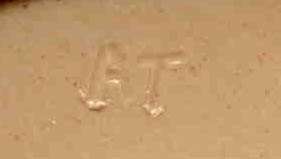